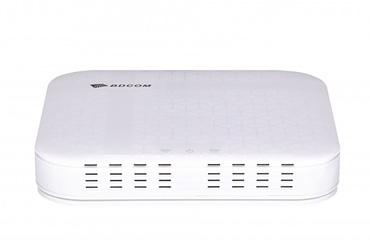 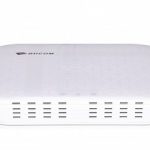 BDCOM WAP 2100-T Series is designed by BDCOM and specially oriented for applications in wireless application locations such as indoor public areas. The whole WAP2100-T Series has adopted the latest MIMO technology of QualCOMM, which renders you a secure, stable and hi-speed wireless network. WAP2100-T Series is ceiling-mounted, compact, and beautiful so that they can fit in indoor public areas. They can be used together with in-wall or desktop WAPs to achieve entire WIFI coverage indoors. Furthermore, the adoption of PoE power supply and Adaptor by BDCOM WAP2100-T series makes their installation and application more convenient.

The application of the 802.11n MIMO technology on BDCOM WAP2100-T enables the transmission rate on the physical layer to reach up to 1166Mbps so that WAP2100-T Series can be widely used in indoor locations with many users, such as clubs and restaurants. This series of WAPs has high throughput so that they can meet the access requirements of up to 200 users and make it possible for 80 users to work concurrently.

Due to their wireless ceiling-mounted installation mode, they, other than other kinds of APs like wall-mounted APs and indoor distributive APs, have their own advantages when being installed in indoor locations. They occupy small indoor space, exert no bad influence on indoor environment and are easy to deploy and install. That’s why they are the best choice to establish WiFi networks in indoor public areas. What’s more, it would be more flexible to deploy the fat AP mode in small-scale networks.